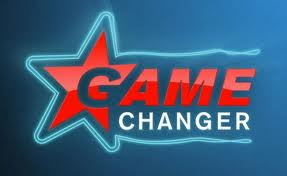 UPDATE #2: To make sure everyone clearly recognizes my involvement with both papers, I provided Anthony suggested text and references for his article [I am not a co-author of the Watts et al paper], and am a co-author on the McNider et al paper.

UPDATE: There has been discussion as to whether the Time of Observation Bias (TOB) could affect the conclusions reached in Watts et al (2012). This is a valid concern.  Thus the “Game Changing” finding of whether the trends are actually different for well- and poorly-sited locations is  tenative until it is shown whether or not TOB alters the conclusions.  The issue, however, is not easy to resolve. In our paper

this is what we concluded [highlight added]

The time of observation biases clearly are a problem in using raw data from the US Cooperative stations. Six stations used in this study have had documented changes in times of observation. Some stations, like Holly, have had numerous changes. Some of the largest impacts on monthly and seasonal temperature time series anywhere in the country are found in the Central Great Plains as a result of relatively frequent dramatic interdiurnal temperature changes. Time of observation adjustments are therefore essential prior to comparing long-term trends.

What you would expect to see is a series of step function changes associated with known dates of time of observation changes. However, what you actually see is a combination of step changes and other variability, the causes of which are not all obvious. It appeared to us that editing procedures and procedures for estimating values for missing months resulted in computed monthly temperatures in the USHCN differing from what a user would compute for that same station from averaging the raw data from the Summary of the Day Cooperative Data Set. This simply points out that when manipulating and attempting to homogenize large data sets, changes can be made in an effort to improve the quality of the data set that may or may not actually accomplish the initial goal.

Until this issue is resolved, the Game Changer aspect of the Watts et al 2012 study  is tenative. [Anthony reports he is actively working to resolve this issue .  The best way to address the TOB issue is to use data from sites in the Watts et al data set that have hourly resolution.  For those years, when the station is unchanging in location, compute the TOB.  The Karl et al (1986) method of TOB adjustment, in my view, needs to be more clearly defined and further examined  in order to better address this issue. I understand research is underway to examine the TOB issue in detail, and results will be reported by Anthony when ready.

There are two recent papers that raise serious questions on the accuracy of the quantitative  diagnosis of global warming by NCDC, GISS, CRU and BEST based on land surface temperature anomalies.   These papers are a culmination of two areas of uncertainty study that were identified in the paper

Watts et al, 2012: An area and distance weighted analysis of the impacts of station exposure on the U.S. Historical Climatology Network temperatures and temperature trends [to be submitted to JGR]

First, however, to make sure that my perspective on climate is properly understood;

i) There has been global warming over the last several decades. The ocean is the component of the climate system that is best suited for quantifying climate system heat change [Pielke, 2003] e.g. see the figure below from NOAA’s Upper Ocean Heat Content Anomaly for their estimate of the magnitude of warming since 1993

ii) The human addition to CO2 into the atmosphere is a first-order climate forcing; e.g. see Pielke et al (2009) and the NOAA plot below

Temperature Trends in the Lower Atmosphere – Understanding and Reconciling Differences

Lanzante et al 2005: What do observations indicate about the changes of temperatures in the atmosphere and at the surface since the advent of measuring temperatures vertically?

they write that [highlight added]

“Currently, there are three main groups creating global analyses of surface temperature (see Table 3.1), differing in the choice of available data that are utilized as well as the manner in which these data are synthesized.

My Comment: Now there is the addition of Richard Muller’s BEST analysis.

Since the network of surface stations changes over time, it is necessary to assess how well the available observations monitor global or regional temperature. There are three ways in which to make such assessments (Jones, 1995). The first is using “frozen grids” where analysis using only those grid boxes with data present in the sparsest years is used to compare to the full data set results from other years (e.g., Parker et al., 1994). The results generally indicate very small errors on multi-annual timescales (Jones, 1995). “

My Comment:  The “frozen grids” combine data from poor- and well-site locations, and from different heights.  A warm bias results. This is a similar type of analysis as used in BEST.

The second technique is sub-sampling a spatially complete field, such as model output, only where in situ observations are available. Again the errors are small (e.g., the standard errors are less than 0.06ºC for the observing period 1880 to 1990; Peterson et al., 1998b).

My Comment:  Again, there is the assumption that no systematic biases exist in the observations. Poorly sited locations are blended with well-sited locations which, based on Watts et al (2012), artificially elevates the sub-sampled trends.

The third technique is comparing optimum averaging, which fills in the spatial field using covariance matrices, eigenfunctions or structure functions, with other analyses. Again, very small differences are found (Smith et al., 2005). The fidelity of the surface temperature record is further supported by work such as Peterson et al. (1999) which found that a rural subset of global land stations had almost the same global trend as the full network and Parker (2004) that found no signs of urban warming over the period covered by this report.

My Comment:  Here is where the assumption that the set of temperature anomalies are random is presented. Watts et al (2012) provide observational evidence, and McNider et al (2012)  present theoretical reasons, why this is an incorrect assumption.

Since the three chosen data sets utilize many of the same raw observations, there is a degree of interdependence. Nevertheless, there are some differences among them as to which observing sites are utilized. An important advantage of surface data is the fact that at any given time there are thousands of thermometers in use that contribute to a global or other large-scale average. Besides the tendency to cancel random errors, the large number of stations also greatly facilitates temporal homogenization since a given station may have several “near-neighbors” for “buddy-checks.” While there are fundamental differences in the methodology used to create the surface data sets, the differing techniques with the same data produce almost the same results (Vose et al., 2005a).

My Comment: There statement that there is “the tendency to cancel random errors” is shown in the Watts et al 2012 and McNider et al 2012 papers to be incorrect. This means their claim that  “the large number of stations also greatly facilitates temporal homogenization since a given station may have several “near-neighbors” for “buddy-checks.”  is erroneously averaging together sites with a warm bias.

Bottom Line Conclusion: The Watts et al 2012 and McNider et al 2012 papers have presented the climate community with evidence of major systematic warm biases in the analysis of multi-decadal land surface temperature anomalies by NCDC, GISS, CRU and BEST.  The two paper also help explain the discrepancy seen between the multi-decadal temperature trends in the surface and lower tropospheric temperature that was documented in

I look forward to discussing the conclusions of these two studies in the coming weeks and months.