The Proposed Multi-Dimensional Growth Of The EPA In Climate Science

which includes the text [highlight added]

One outcome: “The culture change being proposed here will require EPA to conduct an expanding number of assessments.”

As a result, “The agency can become more  anticipatory, making greater use of new science and of forecasting.”

The catch, the study recognizes, is that under the  new approach the EPA becomes more involved than ever in predicting the  future.”

I have generally supported most EPA actions which have been designed to support environmental improvement. These regulations have resulted in much cleaner water and air quality over the past several decades; e.g. see

However, the EPA Endangerment Findings for CO2 as a climate forcing falls far outside of the boundary of the type of regulations that this agency should be seeking.

The EPA on April 17, 2009 released this finding in “Proposed Endangerment and Cause or Contribute Findings for Greenhouse Gases under the Clean Air Act”.

This report is a clearly biased presentation of the science which continues to use the same reports (IPCC and CCSP) to promote a particular political viewpoint on climate (and energy) policy).

The text includes the statements

“The Administrator signed a proposal with two distinct findings regarding greenhouse gases under section 202(a) of the Clean Air Act:

“The Administrator is proposing to find that the current and projected concentrations of the mix of six key greenhouse gases—carbon dioxide (CO2), methane (CH4), nitrous oxide (N2O), hydrofluorocarbons (HFCs), perfluorocarbons (PFCs), and sulfur hexafluoride (SF6)—in the atmosphere threaten the public health and welfare of current and future generations. This is referred to as the endangerment finding.

The Administrator is further proposing to find that the combined emissions of CO2, CH4, N2O, and HFCs from new motor vehicles and motor vehicle engines contribute to the atmospheric concentrations of these key greenhouse gases and hence to the threat of climate change. This is referred to as the cause or contribute finding.”

As Climate Science has shown in the past; e.g. see

New Plans To Regulate CO2 As A Pollutant

Supreme Court Rules That The EPA Can Regulate CO2 Emissions

the “cause” for their endangerment finding can cover any human caused climate forcing.

In my May 15 2009 post, I gave an example of how their finding could be rewritten to cover other human climate forcings. As another example, based on our paper

the paragraph above for an EPA Action could be rewritten as

The Administrator is further proposing to find that certain land use changes result in a threat of climate change. This is referred to as the cause or contribute finding.”

The EPA. according to this news report, could be developing justification to move into areas of regulation that they have not been involved with in the past, including land management.

They also, as implied in the article,  reply on multi-decadal climate predictions of societal and environmental impacts, which, as has been shown in our paper

have NO predictive skill.  The EPA would be seeking broader regulatory ability to influence policy but without a sound scientific basis.

I have always been a strong supporter of clean air and water, as exemplified with my two terms on the Colorado Air Quality Commission during the administration of Governor Romer (D).  I have published numerous papers and taught classes on air quality including  the use of mesoscale and boundary layer models to develop improved proceedures to assess the risk of pollution from power plant plumes, vehicular emissions, and other sources of these contaniments.  The EPA has been a leader in the effort to reduce human and environmental exposure to toxic and hazardous pollutants.

However, the broadening of the EPA into climate forcings based on model predictions, as reported in the Fox News article,  is a significant concern.

I would be interested in a dialog with them, based on the bottom-up, resource-based vulnerabiltiy persepective presented in our paper

to see what areas of risk should fit within their regulatory framework. As we wrote in that paper, the bottom-up, resource-based framework

“concept requires the determination of the major threats to local and regional water, food, energy, human health, and ecosystem function resources from extreme events including climate, but also from other social and environmental issues. After these threats are identified for each resource, then the relative risks can be compared with other risks in order to adopt optimal preferred mitigation/adaptation strategies.”

In my view, this is the way forward with respect to assessing “sustainability”, and discussions should be undertaken to ascertain if the EPA is the right venue to do this.

As reported in the Fox News article, however, the EPA is considering the broadening out of their regulatory authority, but without building on a sound scientific foundation.  There is no evidence that their approach to sustainability uses the inclusive, bottom-up assessment approach, such as given in our 2011 paper.

If the EPA persists in using the top-down IPCC approach to develop impact assessments, they will inevitably develop seriously flawed policy responses. 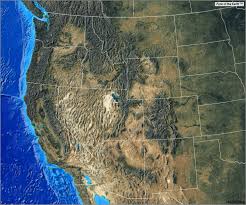 As I have discussed on my weblog; eg. see

the presentation of multi-decadal predictions of changes in regional climatoogy has no underpinning of skill.

There is an article that is highlighted on the front page of the November 29 2011 issue of EOS which perpetuates the erroneouns claim that such predictions are accurate.  I do not doubt the sincerity of the authors, nor the details of their analyses, except for the fundamental issue that their starting point, the multi-decadal global model predictions have shown no skill at predicting changes in regional climate statisitics in the coming decades.

These studies are misleading policymakers.

Motivated by a common interest in establishing data access for climate change impacts analysis, the U.S. Department of the Interior’s Bureau of Reclamation (referred to hereinafter as Reclamation) has collaborated since 2007 with federal and nonfederal entities to provide monthly gridded precipitation and temperature data from 112 contemporary climate projections (Coupled Model Intercomparison Project Phase 3 (CMIP3)) over the contiguous United States. The grid size resolution of this downscaled data archive (publicly available at http://gdo-dcp.ucllnl.org/downscaled_cmip3_projections/) is 1/8° latitude x 1/8° longitude (approximately 12 x 12 kilometers) and covers the period 1950–2099 [Maurer et al., 2007]. Downscaling is necessary to develop hydroclimate data (e.g., precipitation and temperature) from a coarse- resolution climate model grid to a higher-resolution grid, and the CMIP3 archive was downscaled using the statistical method of bias correction. Although approximately 1000 unique users to date have downloaded the precipitation and temperature information contained within the archive (commonly referred to as the bias corrected spatially downscaled, or BCSD-CMIP3, archive), these temperature and precipitation projections have not been used to consistently generate hydrologic projections over the United States and at fine enough scale to perform hydrologic impacts analysis and support local adaptation assessments. Without available hydrologic projections, planners typically develop and apply their own site-specific and local hydrology models to fill this information gap. However, this makes consistent regional intercomparisons of hydrologic impacts of climate change difficult.

As the text writes

It is a puzzle why the users of this information are not demanding that the downscaled results be able to skillfully predict changes in local and regional hydrologic statistics for the period 1950 to the present when real world data is available. This does not, of course, ensure skillful predictions for the coming decades (out to the year 2099 in the article), but it is a first step in developing some confidence in them.  If they are going to have any real world value, the models must be able to predict changes in local and regional climatology. Until, and unless they do, these types of studies are not only a waste of money, but are leading policymakers to make decisions which do not have a sound scientific basis.

Filed under Examples Of Waste Of Funding