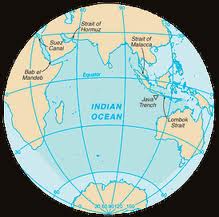 It has been widely believed that the tropical Pacific trade winds weakened in the last century and would further decrease under a warmer climate in the 21st century. Recent high-quality observations, however, suggest that the tropical Pacific winds have actually strengthened in the past two decades. Precise causes of the recent Pacific climate shift are uncertain. Here we explore how the enhanced tropical Indian Ocean warming in recent decades favors stronger trade winds in the western Pacific via the atmosphere and hence is likely to have contributed to the La Niña-like state (with enhanced east–west Walker circulation) through the Pacific ocean–atmosphere interactions. Further analysis, based on 163 climate model simulations with centennial historical and projected external radiative forcing, suggests that the Indian Ocean warming relative to the Pacific’s could play an important role in modulating the Pacific climate changes in the 20th and 21st centuries.

The conclusions include the text

This is yet another paper that highlights the complexity of the climate system and the difficulty skillful multi-decadal climate predictions and in seeking to attribute regional climate to particular climate forcings.