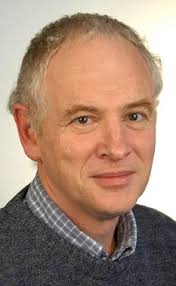 E-mail Documentation Of The Successful Attempt By Thomas Karl Director Of the U.S. National Climate Data Center To Suppress Biases and Uncertainties In the Assessment Of Surface Temperature Trends

I documented the prejudicial handling of this report by Tom Karl, who was its chair.

The first set of released e-mails  further documented the clear inappropriate and biased preparation of this CCSP report, as discussed in

Do The CRU E-Mails Provide Further Documentation Of A Conflict Of Interest In The Preparation Of A CCSP Climate Assessment Report?

This CCSP report was a major resource used for the 2007 IPCC report.

Good to see you if briefly last Wednesday ! The rest of the meeting was rather odd. Some very odd things said by a few people – clearly irked by not having got a couple of proposals recently ! I’m not supposed to be contacting you ! I would urge you to write up what you presented on the day and in the report. It was the most convincing presentation and chapter of the report. You should have less to do than the other chapters. Not yet sure how the summary will fare.
We didn’t discuss the email evidence (as you put it) nor Pielke’s dissent. We shouldn’t and we won’t if the NRC people have their way.

I was never really sure what the point of the review was.

This is a remarkable e-mail  since it indicates that the NRC was in collusion with Phil Jones  to suppress issues that I brought up as lead author on the CCSP chapter 6. Chapter 6 was tasked to focus on what further research issues need to be explored to reconcile surface and tropospheric temperature trends. Chapter 6, as it was on August 11 2005, is given in Appendix B of my Public Comment.