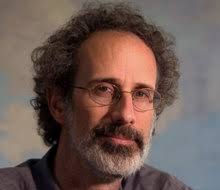 I was first alerted to Wolfgang Wagner’s resignation from the journal Remote Sensing from an e-mail to me from Peter Gleick of the Pacific Institute . Peter has also published an article in Forbes on this resignation, and has graciously permitted me to post our substantive e-mail exchanges on this issue. They are reproduced below.

you will be addressing this?

Thank you for sending. I had not see this. I certainly will post on today. My  reaction (having served as a Chief Editor for the Journal of Atmospheric Science and the Monthly Weather Review, among others), is that this very unusual behavior.  The place to refute the published paper is in peer reviewed papers, not in blogs (or the media). If the paper is not robust, it appropriately should be responded to by a paper, not by the resignation of the Editor.

Perhaps, and I know that at least one peer-reviewed rebuttal is coming out in GRL next week, so don’t say there is no peer-reviewed refutation. Moreover, one of Wagner’s important points seems to be that there already exists, in the peer-reviewed literature, papers that refute or disagree with the findings of Spencer and Braswell, but that these were not taken into account in the S&B paper or by the reviewers. That’s key.

But there is also precedent for editors taking responsibility for failures in the peer-review process, and I think Wagner deserves credit not criticism for his stance, especially since he seems to have carefully reviewed the history of the review and analyzed what he thinks is the failure.

The rebuttal in GRL (which should, more appropriately be in Remote Sensing) is how the procedure should work. Then the original authors can respond.

I have read the S&B paper, and while I agree with you that some of the media exposure has been exaggerated and misplaced, the science in their paper appears robust. I certainly can be wrong, but I do not see a fatal flaw in what they did. If their analysis is robust, it is going to make the Editor [Wolfgang Wagner] that resigned look pretty biased.

Although he is an expert on aspects of remote sensing, I am  not aware that he is an expert on the topic of their paper,  so I am unclear what the specific reasons for his action are. That he failed to do that in his resignation publication will not build confidence in his decision. Science is built on the publication of divergent viewpoints and his actions have, unfortunately, short circuited  the process.

I will be posting shortly on this. I appreciate your interaction on this.  Do I have your permission to post your e-mails along with mine when I do?

Roger, how is it that you and I can read the same thing and see things so differently?

Wagner was incredibly explicit that his resignation has NOTHING to do with the “divergent viewpoints” expressed by the paper, but had to do with failure of the review process, and failure of the authors to address conflicting and contradictory scientific data and theory. If you post on this (and yes, you can use this email, in its entirety please), at least be responsible and actually quote Wagner’s words: ( http://www.mdpi.com/2072-4292/3/9/2002/pdf)

“[E]ditors should take special care that minority views are not suppressed, meaning that it certainly would not be correct to reject all controversial papers already during the review process. If a paper presents interesting scientific arguments, even if controversial, it should be published and responded to in the open literature. This was my initial response after having become aware of this particular case. So why, after a more careful study of the pro and contra arguments, have I changed my initial view? The problem is that comparable studies published by other authors have already been refuted in open discussions and to some extend also in the literature (cf. [7]), a fact which was ignored by Spencer and Braswell in their paper and, unfortunately, not picked up by the reviewers. In other words, the problem I see with the paper by Spencer and Braswell is not that it declared a minority view (which was later unfortunately much exaggerated by the public media) but that it essentially ignored the scientific arguments of its opponents. This latter point was missed in the review process, explaining why I perceive this paper to be fundamentally flawed and therefore wrongly accepted by the journal.

Also, there have been scientific rebuttals (which I’m not competent to assess): not just the GRL paper coming out, but the commentary on real climate:
http://www.realclimate.org/index.php/archives/2011/07/misdiagnosis-of-surface-temperature-feedback/
and other papers that the editor felt had not been adequate addressed by the authors.

I take his actions to be those of a man of conscience. He gets no benefit from this, and deserves no oppobrium from you or your readers.

I have expertise in the subject of the Spencer and Braswell paper. I also read the Real Climate post, and am knowledgeable on the Trenberth and colleagues work. I have published on closely related topics. I can tell you that, whereas there certainly may be issues with the S&B paper (as with the Trenberth work and all published papers), it is an appropriate scientific study worthy of appearing in the peer reviewed literature.

In terms of conscience, I am certainly not questioning Wolfgang on this.  I have not yet seen anyone on any side of this issue who is a climate scientist who is not sincere in their views, and who are compromising what they see as the correct analysis and conclusions.

The climate issue, however, has become so politicized that Wolfgang Wagner concluded he had to resign rather than follow the traditional approach of waiting for other peer reviewed papers to sort this out. What he should have done, since he feels so strongly on this issue, is list the specific fundamental flaw(s) he sees in the paper in his resignation rather than simply refer to weblog posts and a paper.

What I suggest is that you seek different climate scientists than you used for your Forbes article, but who do not have a stake in the findings of the S&B paper, or its refutation. Select several in the topic area of the S&B paper, and request that they review the S&B work, and then report on their findings along with who they are. If you select individuals who are seen as less biased by all sides on this subject, you will have significantly closed the gap between our two views (and on the viewpoints of others).

The important issue is whether the paper has fundamental flaws. These need to be listed so that S&B can respond and the climate community, in general, can then evaluate. This is what should have happened in a Comment/Reply exchange in Remote Sensing.

Thank you for permitting me to post our e-mail exchanges.