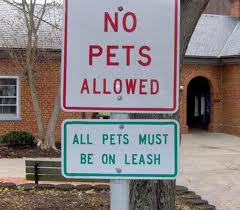 Update: In response to a request for further inconsistencies in the AMS Statement, I have reproduced my comment to a colleague of mine

The AMS Statement itself contradicts itself. It writes

“Land surface changes can also affect the  surface exchanges of water and energy with the atmosphere. Humans alter land  surface characteristics by carrying out irrigation, removing and introducing  forests, changing vegetative land cover through agriculture, and building  cities and reservoirs. These changes can have significant effects on  local-to-regional climate patterns, which adds up to a small impact on the  global energy balance as well.”

yet earlier highlights that

“…the dominant cause of the rapid change in climate of the past  half century is human-induced increases in the amount of atmospheric greenhouse  gases, including carbon dioxide (CO2), chlorofluorocarbons, methane,  and nitrous oxide. The most important of these over the long term is CO2…’

It is clear the Statement was not even probably vetted for internal inconsistencies. If they write

yet dismissing their importance because they add “up to a small impact on the  global energy balance ….”

they trivialize, as I read the Statement,  their role in climate change.

The American Meteorological Society has released its Statement

Climate Change – An Information Statement of the American  Meteorological Society

where its stated intent starts with

The following is an AMS Information  Statement intended to provide a trustworthy, objective, and scientifically  up-to-date explanation of scientific issues of concern to the public at large.

Unfortunately, the Statement then goes on to write [highlight added]

It is clear from extensive scientific  evidence that the dominant cause of the rapid change in climate of the past  half century is human-induced increases in the amount of atmospheric greenhouse  gases, including carbon dioxide (CO2), chlorofluorocarbons, methane,  and nitrous oxide. The most important of these over the long term is CO2,  whose concentration in the atmosphere is rising principally as a result of  fossil-fuel combustion and deforestation.

and summarized in the American Geophysical Union EOS article

where specific evidence was presented that clearly shows that the assumption of the dominance of increased atmospheric concentration of CO2 on altering climate is wrong. In the EOS article we documented that the only non-rejected hypothesis (of the three listed) is

Although the natural causes of climate variations and changes are undoubtedly important, the human influences are significant and involve a diverse range of first-order climate forcings, including, but not limited to, the human input of carbon dioxide (CO2). Most, if not all, of these human influences on regional and global climate will continue to be of concern during the coming decades.

We wrote in the article that

In addition to greenhouse gas emissions, other first-order human climate forcings are important to understanding the future behavior of Earth’s climate. These forcings are spatially heterogeneous and include the effect of aerosols on clouds and associated precipitation [e.g., Rosenfeld et al., 2008], the influence of aerosol deposition (e.g., black carbon (soot) [Flanner et al. 2007] and reactive nitrogen [Galloway et al., 2004]), and the role of changes in land use/land cover [e.g., Takata et al., 2009]. Among their effects is their role in altering atmospheric and ocean circulation features away from what they would be in the natural climate system [NRC, 2005]. As with CO2, the lengths of time that they affect the climate are estimated to be on multidecadal time scales and longer.

The American Meteorological Society itself has a 2010 Statement that contradictions their new Statement on Climate Change. That Statement is titled

Inadvertant weather modification is defined in the Statement as

Inadvertent weather modification is the unintended consequence of an act,  either on purpose or accidentally, that results in changes in the  weather.

The Statement on Inadvertent Weather Modification starts with the text

This statement highlights the causes and possible effects of  inadvertent weather modification1 at  local and regional scales due to aerosol2 and  gas emissions3 and to changes in land  use.  The known effects can have  unanticipated and often undesirable socioeconomic consequences.  This statement assesses the impacts of  inadvertent weather modification and suggests potential respective actions.

These research efforts on unintended weather modification  should be recognized as addressing parts of the broader question of climate  variability and change, which crosses geopolitical boundaries.  As was the case with acid rain and  stratospheric ozone depletion, national and international frameworks should be  developed for addressing the related environmental and ethical issues for  inadvertent weather modification.

As a final note on the AMS Statement on Climate Change, they also write

climate models have demonstrated skill in reproducing past climates.

I summarize in the post the requirements to make a claim such as “climate models have demonstrated skill in reproducing past climates“, with the text

The first requirement of the CMIP5 runs, before they should even be spending time and money on projections,  is that they must skillfully (and shown with quantitative analyses) to

However, peer-reviewed studies that have quantitatively examined this issue using hindcast runs show large problems even with respect to current model statistics, much less their change over time.

These studies, and I am certain more will follow, show that the multi-decadal climate models are not even skillfully simulating current climate statistics, as are needed by the impacts communities, much less CHANGES in climate statistics.  At some point, this waste of money to make regional climate predictions decades from now is going to be widely recognized.

It is clear that the new AMS Statement Climate Change is more advocacy by the leadership of the Society, than a balanced presentation of this subject.  When evidence contradicts their advocacy role, they conveniently just ignore it.

in which I agree with her conclusion where she wrote

“My strong objections to this type of statement by professional societies has  been voiced previously.  This statement is worse than the previous AMS  statement…….In other words, consensus statements get parroted without any actual  intellectual examination.  In this case, what is the point of the AMS statement.  Apparently, to ‘inform the public’  on this controversial issue by appealing to  the ‘authority’ of the society.

These Statements (including the one I participated on) are not voted on by the members of the society, nor are the committee members’ names made public. This, along with the absence of an open on-line debate, make this process a sad commentary on a professional society (the American Meteorological Society) which has otherwise done so much for science.