Guest Post By Barry Lynn Of The Hebrew University of Jerusalem 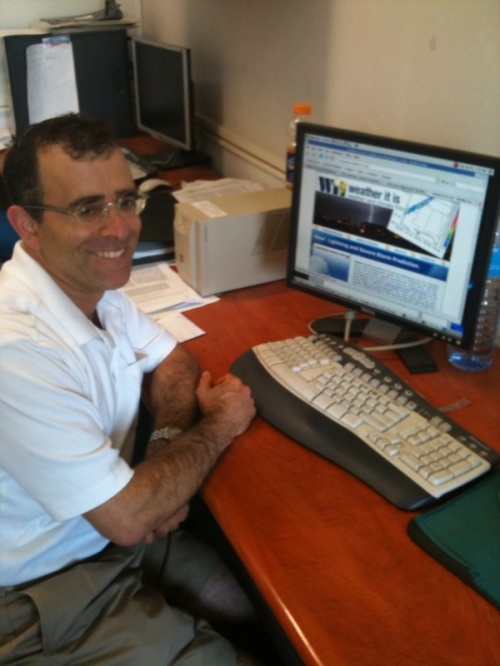 At the request of a colleague of mine,  Barry Lynn, I have posted his guest contribution below.  While Barry and I disagree on some aspects of climate science, his constructive post provides a framework which we and others can discuss together.

Dr. Barry Lynn is a research scientist at the Hebrew University of Jerusalem. He has also worked as an associate research scientist at Columbia University and Carnegie Mellon University.  Dr. Lynn’s interests include studying the impacts of “greenhouse” gases on climate and the effect of aerosols on precipitation.  Many of his papers have been published by the AMS and JGR.  He is also the C.E.O of Weather It Is LTD (www.weather-it-is.com), a company that produces weather forecasts and climatological information, with an emphasis on deriving new economic applications from such products.

One often has memories of how things were.  For instance, I remember that a typical winter forecast was for 2-4 inches of snow.  Yet, in the last decade it seemed like it always snowed more than this, and that even weak storms brought 3-6 inches — even though it wasn’t necessarily that cold. Turning to the summer season, we looked forward to the few times we would sleep downstairs with the air conditioner on (some 30 odd years ago), and now air conditioner use is pretty standard almost *every *night.  One has the distinct impression that the seasonal temperatures (i.e. climate) have changed.

In fact, there is strong evidence that changes in surface temperatures, what we call our “climate” is tied quite strongly to Carbon Dioxide concentrations (CO2), and this goes back many, many thousands of years. See, for example,

Moreover, some skeptics of human induced climate change have now changed their opinion, and now agree that elevated levels of Carbon Dioxide are indeed associated with surface warming.  The study by Robert Muller, incidentally funded in part by The Charles G. Koch Charitable Foundation — which has supported efforts opposing mainstream climate change science — supports the idea that emissions of CO2 are leading to higher surface temperatures.  You can read Professor Muller’s latest NY Times op-ed here:

A search of the internet also finds this note,

where we learn that changes to the processing of satellite data has led to changes in the calculated trends of satellite inferred surface temperatures — now trending much closer to the observed surface measurements.

Yet, I do not profess to be an expert on whether or not climate change has or is happening — although I do believe that the occurrence of multiple (US) 100 degree days this summer ties in well with CO2 enhanced feedbacks between surface drought and the US synoptic pattern. Moreover, I don’t see any problem in questioning various conclusions that have been reached concerning surface temperatures changes, so long as there is a scientific debate (see one of  Professor Pielke’s recent posts on “Climate Science,” for just such a debate).

The problem is that various newspaper editorial boards, for example, use these debates to question the validity of CO2 forcings on climate.  Reading the Wall Street Journal for example, I can tell you what the “layman” reads has a strong influence on his opinions (including mine).

For instance, I appreciate that moving our economy away from a full dependence on oil and coal (very polluting fuels) to renewables and other less polluting sources requires a real investment of money and resources. Yet, editorial-like “rants” are one of the reasons that a more rational formulation of policy to encourage the reduction in CO2 emission  remains quite difficult to enact.  And the costs of not doing anything may just be much higher than the cost of doing something:

A co-worker of Muller, Dr. Judith Curry was recently quoted on Andrew Revkin’s Dot Earth, and her position summarizes the state-of-the-art quite well:

“No one that I listen to questions that adding CO2 will warm the earth, all other things being equal. The issue is whether anthropogenic activities or natural variability is dominating the climate variability. If the climate shifts hypothesis is correct (this is where I am placing my money), then this is a very difficult thing to untangle, and we will go through periods of rapid warming that are followed by a stagnant or even cooling period, and there are multiple time scales involved for both the external forcing and natural internal variability that conspire to produce unpredictable shifts.” The evidence is in, and I think it is time to frame the debate along the consensus line, so as not to lose track of the goal: to minimize the potential harmful effects of CO2 on climate (as least in regard to us humans).

In my opinion, the responsible way to frame the debate would be to:

1) Accept the consensus that CO2 gas concentrations have played a critical role in modulating the earth’s temperatures. 2) The level of CO2 gases has and will continue to rise substantially because of human activities — unless steps are taken to reduce emissions from the “business as usual” approach. 3) There is a consensus that doubling CO2 gas levels will lead to an average  3 C change in surface temperatures (regional impacts could be more severe), and have potentially detrimental changes in precipitation patterns (where the majority of people live). 4) There may be other factors such as solar “dimming” or industrial aerosols that may modulate the potential impact of CO2 on climate. 5) Understanding the potential impact of other factors on climate should be and needs to be the subject of intense research. 6) We should seek ways to mitigate the warming:. For instance, were we able to artificially modulate the solar radiance at the surface (i.e, through encouraging the formation of reflective clouds), this might provide one approach to preserving the present climate in a more favorable state – even at elevated levels of CO2.

I recently read about an Israeli invention that can harvest CO2 from the air to produce hydrocarbon fuels (using solar power as the energy source). Is it at all feasible to think that CO2 harvesting can be done on an industrial scale?  We should find out. Our welfare and economic well-being probably depends upon it.