An Example Of The Misstatement of Fact On Climate Change 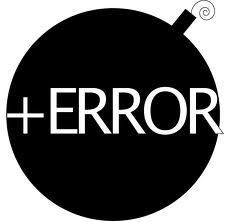 If you want to roll the climate dice, you should know the odds

Okay, let’s talk spin then. It is very well established that the great majority of climate scientists (in the 90% band up or down a couple of notches depending on the survey) agree that climate change is occurring and that anthropogenic carbon dioxide is the main culprit.

Many were working in this field before it was fashionable and have pretty much been of this understanding for a few decades.

Now, a tiny minority doubt this case but none has published a single paper that undermines the fundamental science.

So, your arguments suggest that you are right and that 95-97% of climate scientists are either knowingly misrepresenting their position for whatever reason are too stupid to understand the real science.

So, how would you classify the climate scientists who support anthropogenic emissions hypothesis. In your eyes are they liars, easily misled or just plain stupid?

This statement by Mr. Stone is not an isolated example, unfortunately, but is a view that is erroneously communicated. This is why I and a group of Fellows of the American Geophysical Union published the following article

Or for an even wider demonstration that the comment by Mr. Stone misrepresents the actual understanding of the science, see

where it is written

Anthropogenic carbon dioxide is NOT the main [dominant] culprit affecting changes in climate.  It is just one of a diverse set of human and natural climate forcings.