Are Some Climate Scientists And Program Managers At NSF Gaming the System With Respect To Providing Inadequately Assessed Multi-Decadal Predictions Of Changes In Climate Statistics To The Impacts Community? 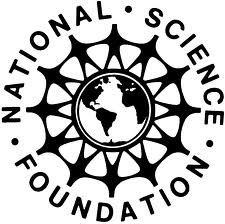 Are climate scientists and program managers who fund them, who  misrepresent multi-decadal climate model predictions to the impacts communities as skillful projections,  “gaming the system” ?  Gaming the system is defined as

My answer is YES, unless these individuals can demonstrate skill at multi-decadal regional climate predictions which they fund. To my knowledge, however, this demonstration of skill has not been shown. Thus those individuals are either very naive or are deliberately gaming the system.

Despite the identification of this issue and either refuting our findings, or accepting them and not continuing to fund, they have ignored this issue.  I see no other explanation for them ignoring our findings, except that they can use their claims of providing forecasts for the policymakers and stakeholders in order to continue the flow of dollars from the federal treasury into their programs.

At best this is short-sighted, and at worse it is dishonest.

There has been a development over the last 10-15 years or so in the scientific peer-reviewed literature that is short circuiting the scientific method.

The scientific method involves developing a hypothesis and then seeking to refute it. If all attempts to discredit the hypothesis fails, we start to accept the proposed theory as being an accurate description of how the real world works.

A useful summary of the scientific method is given on the website sciencebuddies.org.where they list six steps

Unfortunately, in recent years papers have been published in the peer-reviewed literature that fail to follow these proper steps of scientific investigation. These papers are short circuiting the scientific method.

Many of these peer-reviewed papers are funded by the NSF.

As of today’s date, it is clear they are still ignoring addressing the issues that we have summarized in our peer-reviewed articles – Pielke and Wilby 2012 and Pielke et al 2012. They are gaming the system in order to continue the high level of funding for impact studies that are based on the multi-decadal regional and local climate model predictions of changes in climate statistics.

While I support the NSF funding of the assessment of predictability; e.g. see below for an example from KNMI in the Netherlands

Seminar Announcement – On The Reliability Of Climate Models: How Well Do They Describe Observed Trends? By Geert Jan van Oldenborgh Of KMNI

the provision of multi-decadal regional and local climate model results for the coming decades and representing them as skillful projections is scientifically invalid. Program managers, principal investigators, policymakers and others who report the results as skillful and do not include the needed disclaimer that I presented in my post

are certainly gaming the system (or are very naive).

Remarkably, as I have learned, there is no accountability and review of what the NSF program managers fund in terms of topic area, including no effective mechanism to contest if they are actually funding robust scientifically tested research.

They do not even need to retain copies of their e-mails to ascertain how they handle issues such as raised in our papers and in my weblog posts, but can delete them so they cannot be obtained under an FOIA request. I discussed this failing in my post

where I concluded that

With respect to e-mails (and this part of NSF accountability),  as was communicated to me by a lawyer at the NSF

A proper search has been accomplished for all named individuals.  Email is  not a permanent record and meetings from several years ago would be deleted.  The Foundation’s email retention policy is repeated below:

Exchange Server: Most users have their mail delivered to their Exchange  Server mailbox. If you haven’t done anything special, that is where your  mail is delivered and stored. In Outlook your mailbox is the folder that  includes your name in the folder name (top folder in your Folder List). The  Exchange Servers are backed up to tape nightly, and the tapes are retained  for 14 days, then destroyed. Exchange Server has a feature that allows you  to recover deleted messages (even after the trash is emptied). That feature  is set to retain deleted messages for 5 days. When these features are combined, it means that 19 days after you delete a message and empty the  trash, nobody can recover it.

This lack of accountability with federally supported NSF should be of concern to everyone, regardless of your perspective on the climate science issue.

I wrote with respect to the IPCC

An oligarchy is a

“form of government in which all power is vested in a few persons or in a dominant class or clique; government by the few.”

This definition can certainly also be applied to  a number of program managers at the NSF, and other funders, of climate science research. Until and unless a new direction that is actually based on the scientific method is introduced, we will continue to see this abuse of their positions (and waste of funds) as stewards of funding scientific research.

Comments Off on Are Some Climate Scientists And Program Managers At NSF Gaming the System With Respect To Providing Inadequately Assessed Multi-Decadal Predictions Of Changes In Climate Statistics To The Impacts Community?