While this is just a short term excursion (so far), the global sea ice areal coverage has returned to close to long term average.  In addition, since the albedo feedback of sea ice is significant only when the Sun is visible to the surface (i.e. primarily a spring and summer effect), as we discuss in our papers

The website Cryosphere Today has particularly clear images of the current and past values of this areal coverage, as reproduced below. 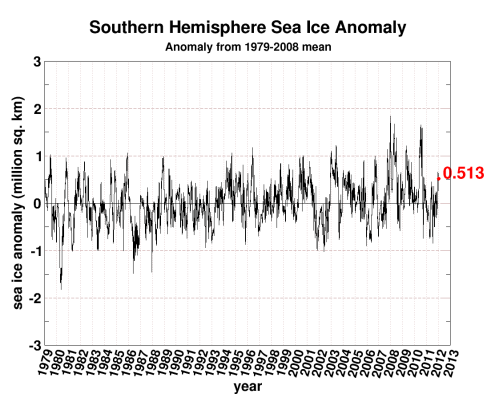 The global areal average could certainly return to below average, but it is nonetheless an interesting development which we will follow.