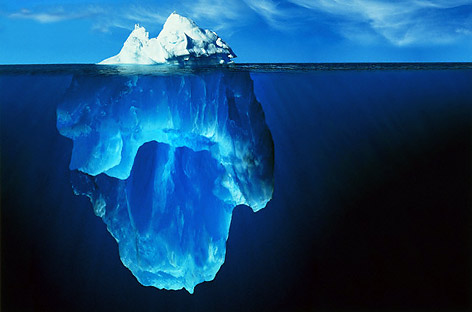 There have been media articles that dismiss the importance of the Climategate #2 e-mails; e.g. see.

These Climategate e-mails, however, are just the “tip of the iceberg” which we were only able to see because this source of information was hacked.

An oligarchy is a

“form of government in which all power is vested in a few persons or in a dominant class or clique; government by the few.”

This definition certainly fits with the IPCC, as illustrated by the closed meeting in which Gerald Meehl, Jonathan Overpeck, Susan Solomon, Thomas Stocker, and Ron Stouffer are organizing in Hawaii in March 2009. This meeting is reported at

While the meeting is to be mostly self-funded [which means [individual] federal contracts and grants and other such sources will be used to pay for the trip], it raises the issue as to why such a remote location is chosen. Presumably the participants should be concerned about the emission of CO2 into the atmosphere from the jet aircraft that will transport them to Hawaii.

This small community of climate scientists is controlling the agenda with respect to the assessment of climate change. This is an oligarchy.

Without new scientists leading the IPCC process as LAs and CLAs, the next IPCC report is doomed to continue to be completed by an oligarchy that is using its privileged position to advocate for a particular perspective on the role of humans within the climate system [the third hypothesis above]. The next IPCC report will not be a balanced assessment, but continue to be policy advocacy in the guise of a scientific framework.

Conflict Of Interest Process with Respect To An NRC Review Panel Of A Draft Of The CCSP 1.1 Report

Further Documentation Of Inappropriate Behavoir By A Subset Of Members Of The CCSP 1.1 Committee And The NRC Review Committee

provide new evidence for this oligarchy. For a summary of my experiences, see also

My Comments For The InterAcademy Council Review of the IPCC

where I recommended that

Future assessment Committees need to appoint members with a diversity of views and who do not have a significant conflict of interest with respect to their own work. Such Committees should be chaired by individuals committed to the presentation of a diversity of perspectives and unwilling to engage in tactics to enforce a narrow perspective. Any such committee should be charged with summarizing all relevant literature, even if inconvenient, or which presents a view not held by certain members of the Committee.

What is Wrong with the IPCC: Proposals for Radical Reform by Ross McKittrick.

Unfortunately,  despite these indictments regarding the failure of the current climate assessment process, the same approach continues. The reason is clear.  There is a symbiotic relationship among funding agencies, principal investigators, national and international assessment committees, and the leadership of professional organizations to continue the huge amounts of research funding.  The results of this funding is often headlined to the media in press releases, so as to influence political decisions regarding a wide range of social and environmental issues, including energy.

There is no internal stimulus among these groups to change the current approach. Such change will need to be imposed from outside of these venues, particularly from those in government who oversee this wasteful funding.

source of the image