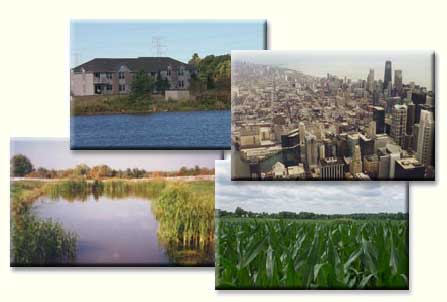 We have a new paper that has been accepted for publication, that summarizes the current understanding of the role of land use/land cover changes on the climate system, as well as proposes approaches to further advance our understanding. The paper is

Our paper summarizes the changes in landscape structure due to human land management over the last several centuries, and using observed and modeled data, documents how these changes have altered biogeophysical and biogeochemical surface fluxes on the local, mesoscale, and regional scales. Remaining research issues are presented including whether these landscape changes alter large-scale atmospheric circulation patterns far from where the land use and land cover changes occur. We conclude that existing climate assessments have not yet adequately factored in this climate forcing. For those regions that have undergone intensive human landscape change, or would undergo intensive change in the future, we conclude that the failure to factor in this forcing risks a misalignment of investment in climate mitigation and adaptation.

The conclusion ends with the text

For those regions that have undergone intensive LULCC, or will undergo intensive change in the future, failure to factor in this forcing has profound consequences.Investments in adapting to ongoing human-induced climate change and natural variability will remain founded on incomplete and potentially misleading information.This in turn leads to a higher risk of misaligned investment in climate adaptation, which is a vastly more expensive outcome than the costs of resolving the impact of LULCC on the Earth’s global and regional climate. Unless we undertake a thorough assessment of the role of LULCC on climate, an incomplete understanding of the role of humans in the climate system will persist.