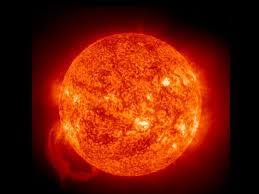 There is a new paper that, while further improving our understanding and monitoring of solar forcing, makes several substantive incorrect statements on its significance with respect to the climate system.  The article is

“The most accurate value of total solar irradiance during the 2008 solar minimum period is 1360.8 ± 0.5 W m−2 according to measurements from the Total Irradiance Monitor (TIM) on NASA’s Solar Radiation and Climate Experiment (SORCE) and a series of new radiometric laboratory tests. This value is significantly lower than the canonical value of 1365.4 ± 1.3 W m−2 established in the 1990s, which energy balance calculations and climate models currently use. Scattered light is a primary cause of the higher irradiance values measured by the earlier generation of solar radiometers in which the precision aperture defining the measured solar beam is located behind a larger, view‐limiting aperture. In the TIM, the opposite order of these apertures precludes this spurious signal by limiting the light entering the instrument. We assess the accuracy and stability of irradiance measurements made since 1978 and the implications of instrument uncertainties and instabilities for climate research in comparison with the new TIM data. TIM’s lower solar irradiance value is not a change in the Sun’s output, whose variations it detects with stability comparable or superior to prior measurements; instead, its significance is in advancing the capability of monitoring solar irradiance variations on climate‐relevant time scales and in improving estimates of Earth energy balance, which the Sun initiates.”

“Instrument inaccuracies are a significant source of uncertainty in determining Earth’s energy balance from space‐based measurements of incoming and reflected solar radiation and outgoing terrestrial thermal radiation. A nonzero average global net radiation at the top of the atmosphere is indicative of Earth’s thermal disequilibrium imposed by climate forcing. But whereas the current planetary imbalance is nominally 0.85 W m−2 [Hansen et al., 2005], estimates of this quantity from space‐based measurements range from 3 to 7 W m−2. SORCE/TIM’s lower TSI value reduces this discrepancy by 1 W m−2 [Loeb et al., 2009]. We note that the difference between the new lower TIM value with earlier TSI measurements corresponds to an equivalent climate forcing of −0.8 W m−2, which is comparable to the current energy imbalance.

My Comment: The article reports on a “climate forcing of -0.8 W -2″ as being “comparable to the current energy imbalance”.  First such a value of -0.8 Watts m-2 is a radiative forcing which is only a subset of climate forcings [a substantive terminology error which has been pointed out numerous times; e.g. see NRC (2005) and Pielke et al (2009). Even more important, the use of the more robust metric of upper ocean heat changes shows a much smaller value of the radiative energy imbalance for the period 2003 up to the present (e.g. see Knox and Douglass 2010).

“The impact of the new low TSI value on climate models is unknown. A few tenths percent change in the absolute TSI level is typically considered to be of minimal consequence for climate simulations. However, model parameters are adjusted to ensure adequate representation of current climate, for which incoming solar radiation is a decisive factor. Underway are experiments with the GISS Model 3 to investigate the sensitivity of model performance to the TSI absolute value during present and pre‐industrial epochs, and describe, for example, how the irradiance reduction is partitioned between the atmosphere and surface and the effects on outgoing radiation.”

My Comment:   Indeed, this is an important consequence of their finding. For example, since ocean surface evaporation is proportional to the exponent of the sea surface temperature, changes in the incoming solar radiation could be significant in terms of accurately simulating the water vapor feedback into the atmosphere.

“A stable record of solar irradiance variations combined with reliable global surface temperature observations can provide a tool for quantifying climate response processes to radiative forcing on decadal time scales. The association of the observed 0.1% irradiance solar cycle increase (Figure 1) imparts 0.22 W m−2 instantaneous climate forcing, for which the empirically detected global temperature increase of 0.1°C (Figure 2) suggests a transient climate response of 0.6°C per W m−2 [Douglass and Clader, 2002]. This response is larger by a factor of 2 or more than in the current models assessed by IPCC [Tung et al., 2008], possibly because of the models’ excessive heat uptake by the ocean. With a stable multi‐decadal solar irradiance record, it will be possible to quantify the relationship between transient and (likely larger) equilibrium responses.”

My Comment:  First, the authors accept that global surface temperature observations are a robust measure of this metric. As we  have shown, however, there is a clear documented warm bias in this metric (e. g. see Kloltzbach et al 2009; Christy et al 2010).  Second, the authors claim that the real world surface temperature response to a radiative forcing on decadal time scales is underestimated “by a factor of 2 or more in the current models assessed by the IPCC…possibly because of the models’ excessive heat uptake by the ocean”.  If this is true, where has the heat gone? It certainly is not accumulating in the atmosphere in recent years, as illustrated below.

Indeed, there is no reservoir except the deeper ocean (e.g. see ) or out into space (e.g. see) where this heat could have gone.  Thus, while the Kopp and Lean 2011 article is an important new contribution to climate science, it has misinterpreted some of its conclusions concerning its importance to the debate on climate change.

Comments Off on New Paper “A New, Lower Value Of Total Solar Irradiance: Evidence And Climate Significance” By Kopp and Lean 2011