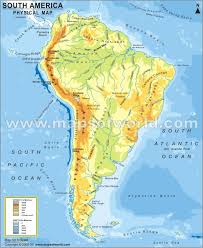 In 2009 I posted on an inappropriately rejected paper  by Reynold Stone of the Faculty of Science and Agriculture, The University of the West Indies, St. Augustine, Trinidad and Tobago, West Indies.  The post was

Comment On “Recent changes In Climate Extremes In The Caribbean Region By Peterson Et Al (2002)” by R. J. Stone

As reported in that post a Comment submitted to JGR-Atmospheres titled “Recent changes in climate extremes in the Caribbean region” by lead author Dr. Thomas Peterson and 16 co-authors to the  Journal of Geophysical Research – Atmospheres was unfairly rejected by the Editor without even making it to reviewers.

Despite such bias, Reynold has thankfully persisted to present his scientific results and his new paper has successfully passed through the gauntlet of peer review of papers that present a different perspective than presented by Tom Peterson, Tom Karl and other similar individuals who are seeking to surpress research that conflicts with their studies.

Among his findings are [highlight added]

It is now quite clear that our homogeneity testing results for individual stations corroborate our earlier results, which had revealed the presence of abrupt step changes in the two regional data series around the middle to late 1970s and consequently invalidate the claim of a significant increasing linear trend in nighttime warming.

Kundzewicz and Robson (2000) offered the following cautionary words about this common statistical misuse of trend analysis, where test results can be significant for the ‘‘wrong’’ reason: ‘‘Even if a test result is significant it does not prove that the hypothesized change has taken place. For example, if there has been amarked step change in a data series then it is likely that a test for trend will give significant results—even though there is no trend.’’

The effect of the presence of abrupt step changes on the results of trend analysis was also highlighted by Hartmann and Wendler (2005), who deftly demonstrated how the 1976 Pacific climate shift biased the results of linear trend analysis in such a way that temperature trends before and after the shift differed substantially (even in sign) from the trend of the full time period.”

“In summary, we critically examined the Vincent et al. (2005) study and identified flaws in two fundamental areas, namely, homogeneity testing and trend analysis. We conclude that these flaws invalidate the reported findings of statistically significant decreasing and increasing linear trends in the percentage of cold nights and warm nights, respectively, in southern South America during the period 1960–2000. Thus, the putative significant increasing linear trend in regional nighttime warming was not real and is more likely an artifact of the well known 1976/77 Pacific climate shift coupled with the inappropriate use of linear regression for trend detection.”

This article provides another quantitative example of the lack of scientific robustnesss in the multi-decadal surface temperature assessments such as reported by NCDC, GISS and CRU.

Comments Off on New Article “Comments On ‘‘Observed Trends In Indices Of Daily Temperature Extremes In South America 1960–2000’’ By R. J. Stone